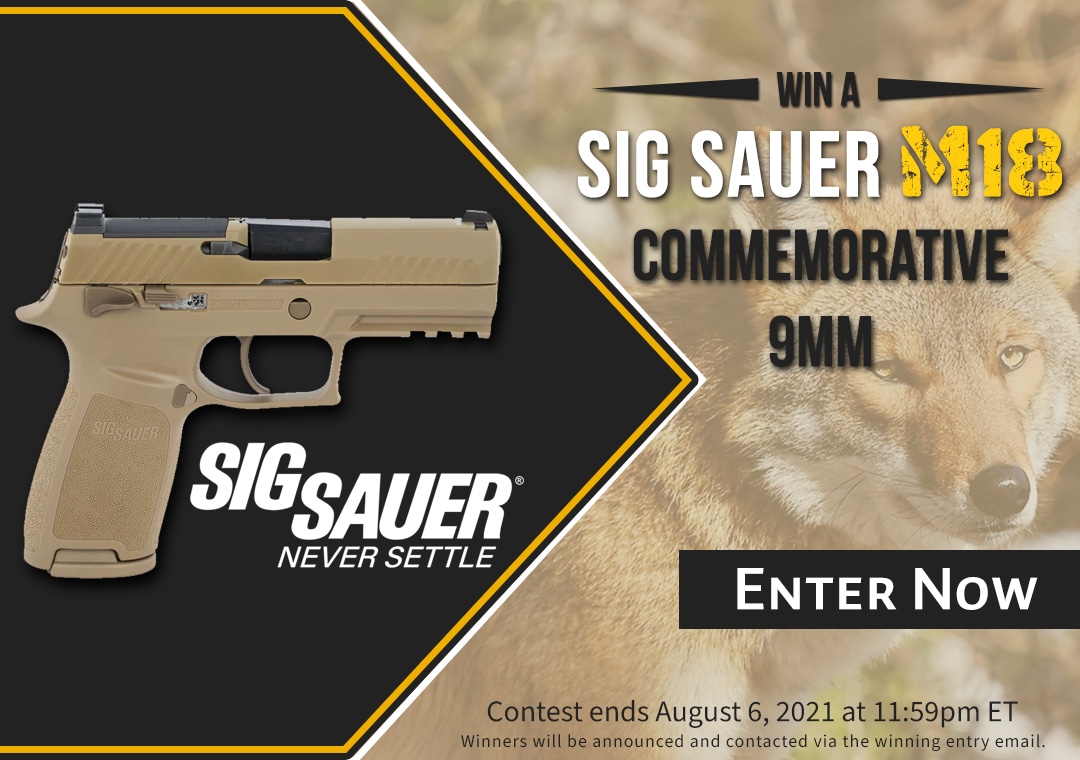 Are you a fan of military pistols? Especially ones that are modern, and suitable for carry and defense? Well Centerfire Systems is giving away a Sig Sauer M18 9mm, just like what’s currently being issued to the troops to replace the venerable M9. This one ends Friday the 6th so if you’re interested, don’t delay and enter now!

The limited release of the M18-Commemorative Edition of the official U.S. military service pistol, a variant of the SIG SAUER P320, is now available. The M18-Commemorative pistol shares the same components, coating, and markings as the firearm that was awarded the U.S. military contract for the Modular Handgun System (MHS), and is now in service with all branches of the U.S. Military. 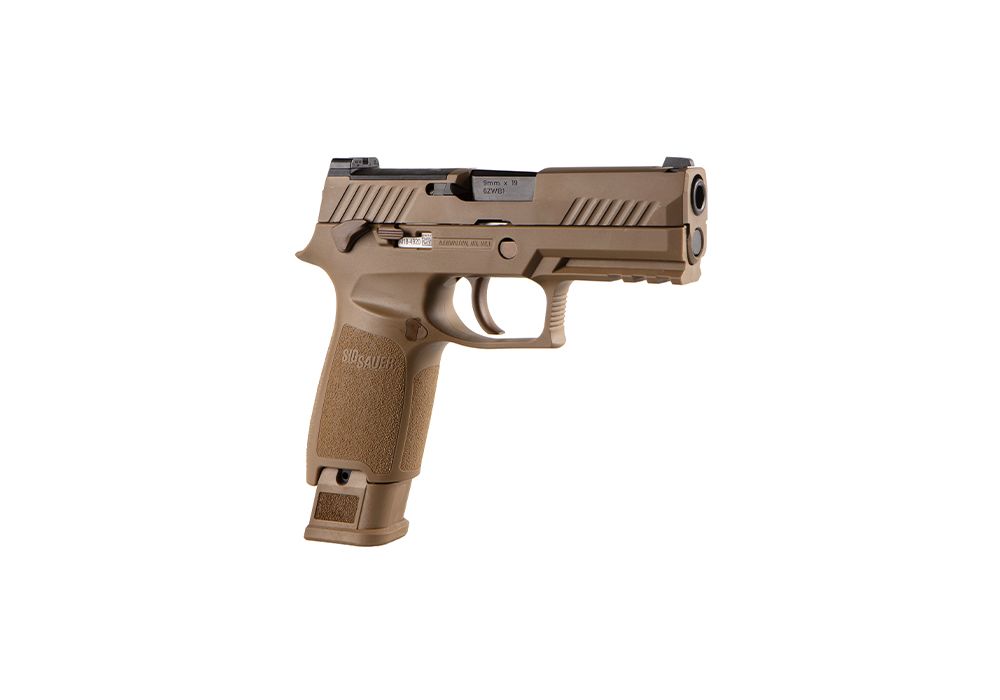 The M18-Commemorative is a 9mm, striker-fired pistol. The pistol features a coyote carry length grip module, a coyote-tan PVD coated stainless steel slide with the same optic cut as specified by the MHS contract, the original coyote-tan colored controls, an ambidextrous manual safety, and is equipped with SIGLITE front night sights and removable night sight rear plate. The M18-Commemorative ships with two 21-round magazines and one 17-round magazine and is sold in the same cardboard packaging as delivered to the U.S. Army. 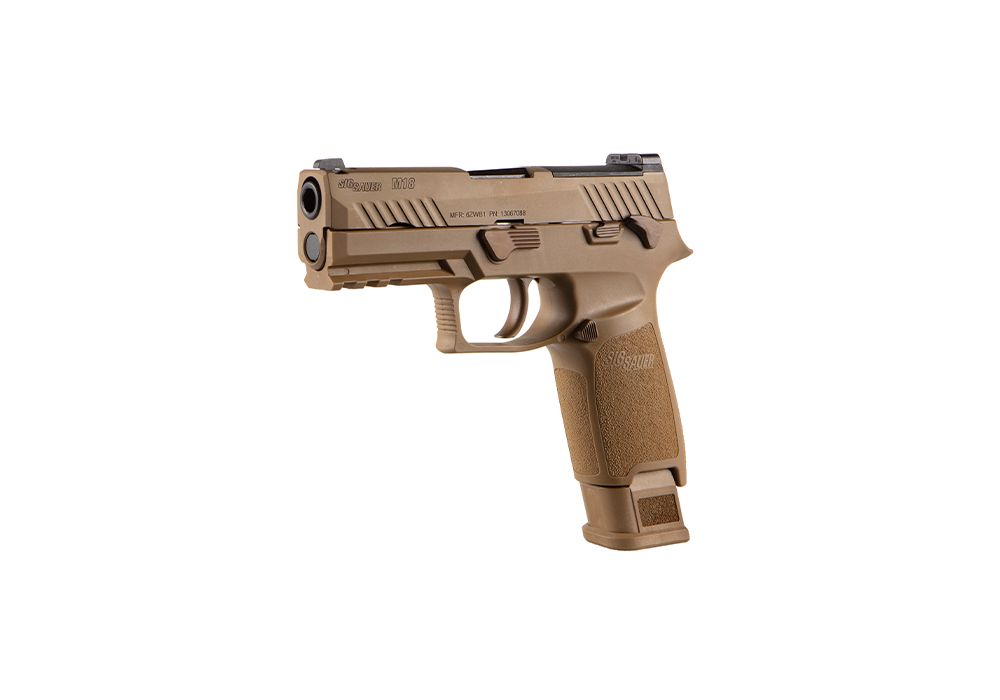