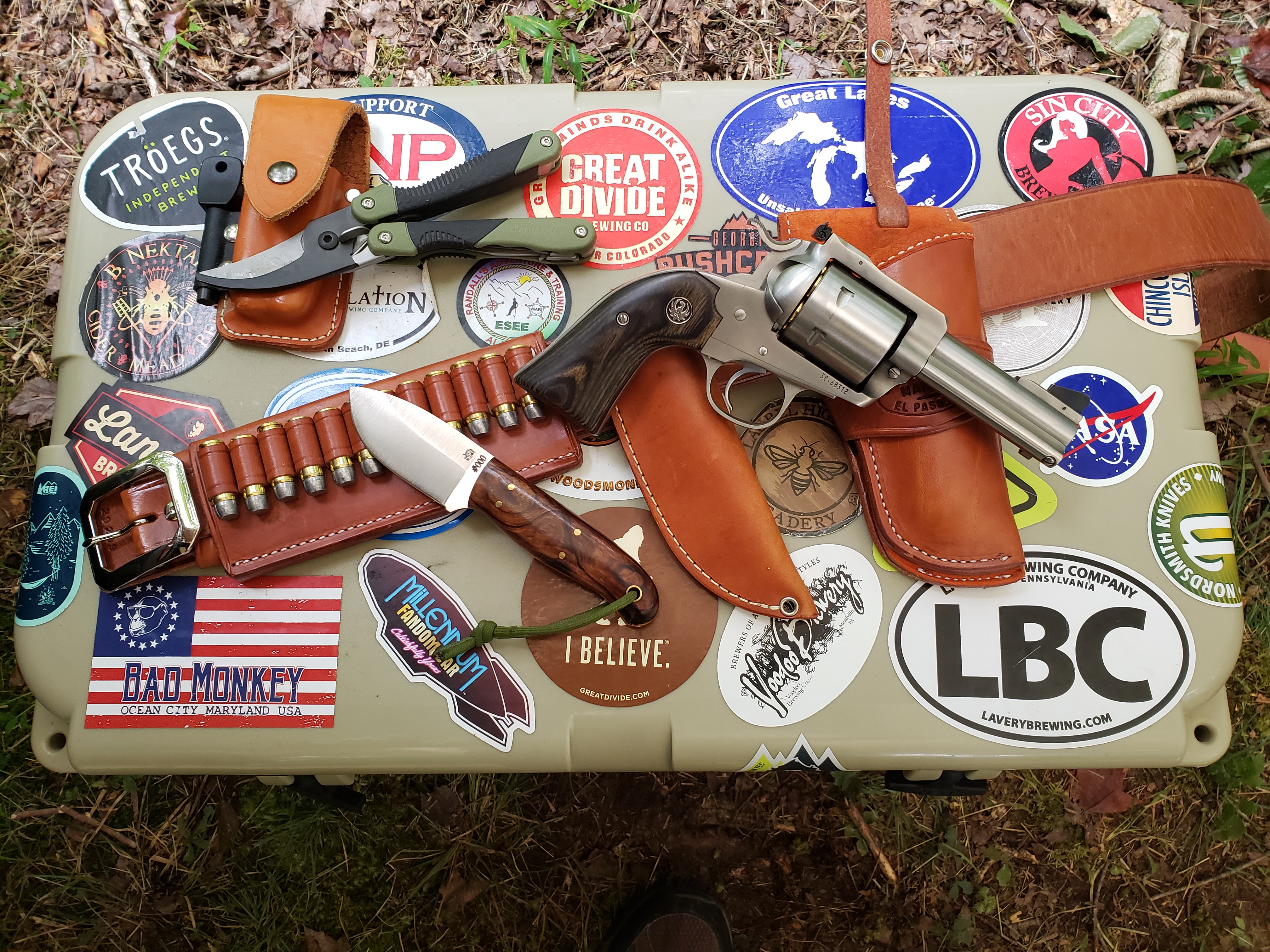 I had the chance to attend a tracking class down in West Virginia this past weekend and this was my EDC set up for the woods.

The revolver is a Ruger Bisley Blackhawk in .45 Colt. This one was a Lipsey’s limited edition in stainless with a 3.75 inch barrel. It’s a big gun, but the short barrel makes it handy on the hip.

I had it loaded with Grizzly 265 grain hard cast lead at 950fps. Plenty of punch for coyotes, which would be the most likely thing we’d run into. I carried it an a El Paso Saddlery 1930 Austin holster and rig.

My main blade was an L.T. Wright Knives GP Medium fixed blade in AEB-L stainless with desert ironwood scales and orange liners in a JRE leather sheath. It’s a great general purpose (thus the GP) field knife. I’m biased though, I designed it.

My last bit of kit is an old Leatherman By-Pass pruner tool. These were originally sold for hunters but make an excellent all around outdoors multi tool. They’ve been discontinued for years, which is a shame. I’ve had a number of guys try and buy it off my hip on previous outings. I’m not selling. I carry it in another JRE sheath that also holds a Swedish Army size firesteel.