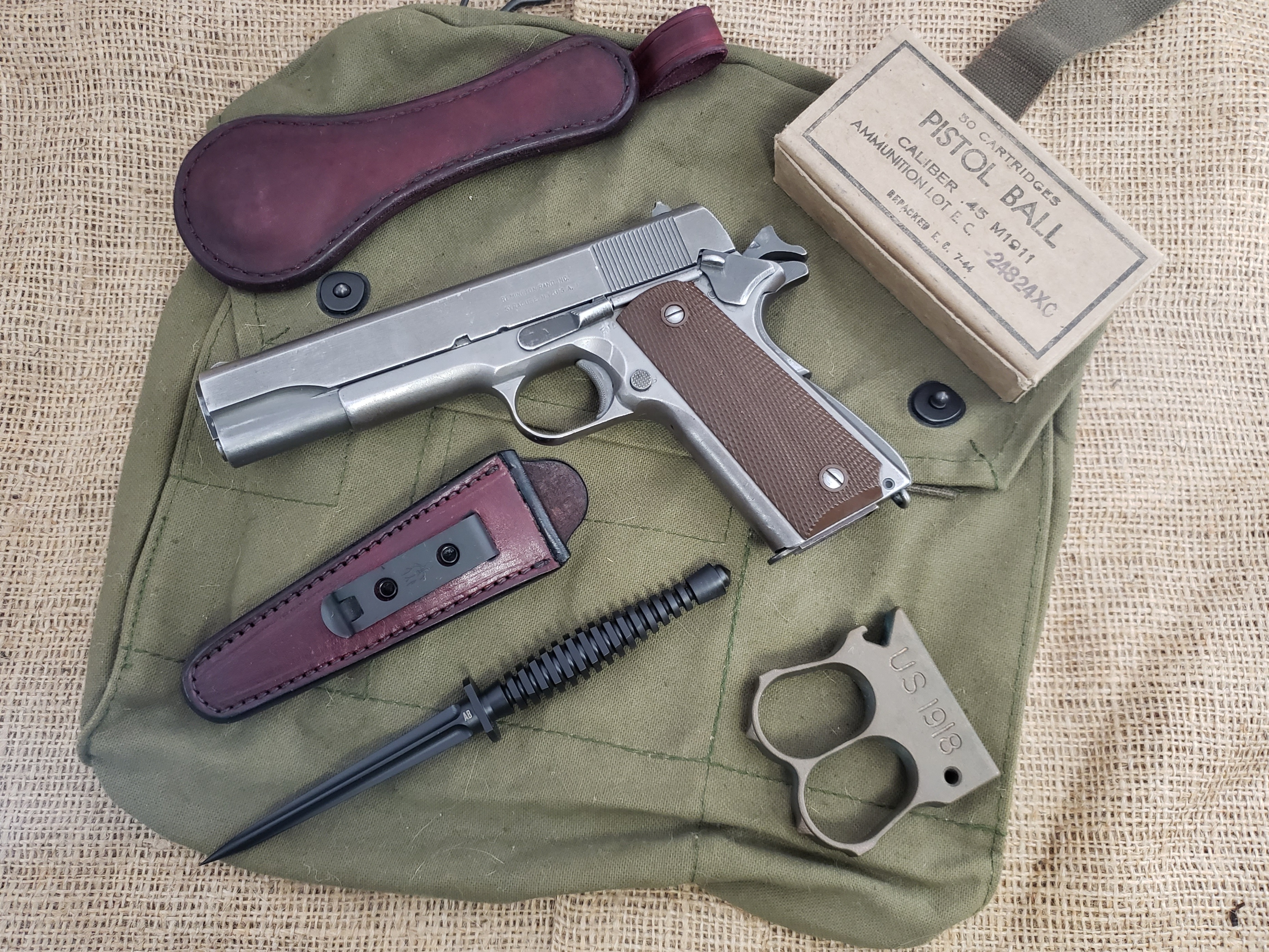 I was gifted a Fairbairn Sykes inspired Bawidamann Tommy Spike for Christmas, so I started thinking about what the perfect carry pairing for it would be. The Bawidamann Doughboy DB-2 knucks was a no brainer, as was my sap that I picked up off of one of the guys in the Blackjack and Sap group I’m in. (Isn’t everyone in one of those groups?)
This whole set up was getting a definite OSS vibe to it so for a pistol I went to my new to me .45 ACP Remington Rand 1911A1 that I got through the Civilian Marksmanship Program. I considered my wartime Walther PPK in 7.65mm but felt the whole package had more of an Allied feel to it so I stuck with the 1911. There’s no school like old school.