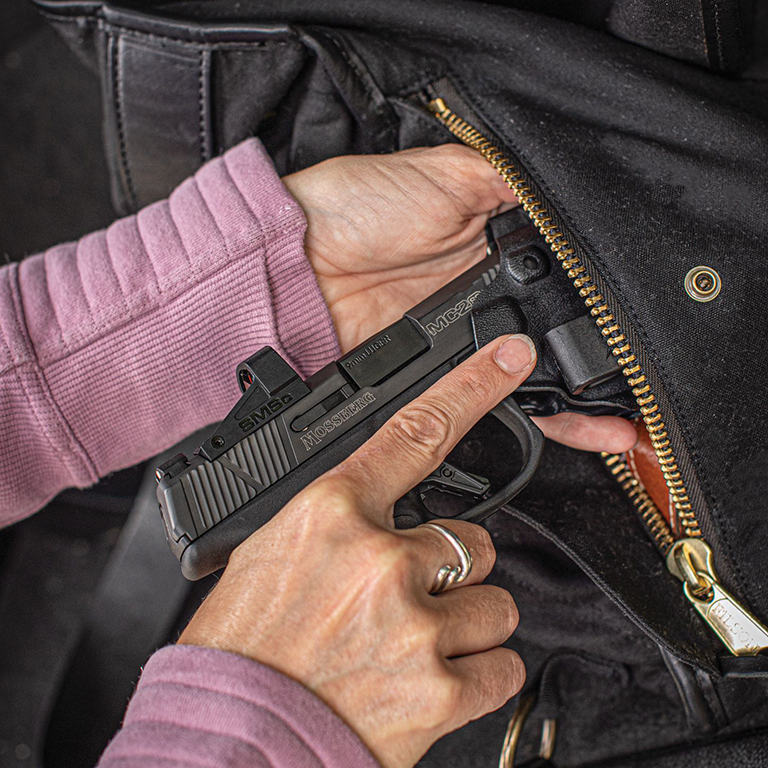 Optics equipped handguns are the new thing and if you’re making a defensive pistol its becoming a standard option. The folks art Mossberg now that and are rolling out a series of optics ready versions of their MC2 pistols, the MC2sc. A micro-compact 9mm with a 11-round and 14-round double-stack magazines that provide a slim, compact profile. TRUGLO Tritium Pro night sights, … END_OF_DOCUMENT_TOKEN_TO_BE_REPLACED

Mossberg has expanded its popular MC2 lineup with a new micro-compact 9mm: the MC2sc. With its double-stack magazines, the compact-profile MC2sc offers increased capacity but is comfortably sized for concealed carry with an overall length of 6.25 inches, height of 4.30 inches and slim 1.10-inch width. The MC2sc also features an optics-ready slide for ease of mounting micro … END_OF_DOCUMENT_TOKEN_TO_BE_REPLACED