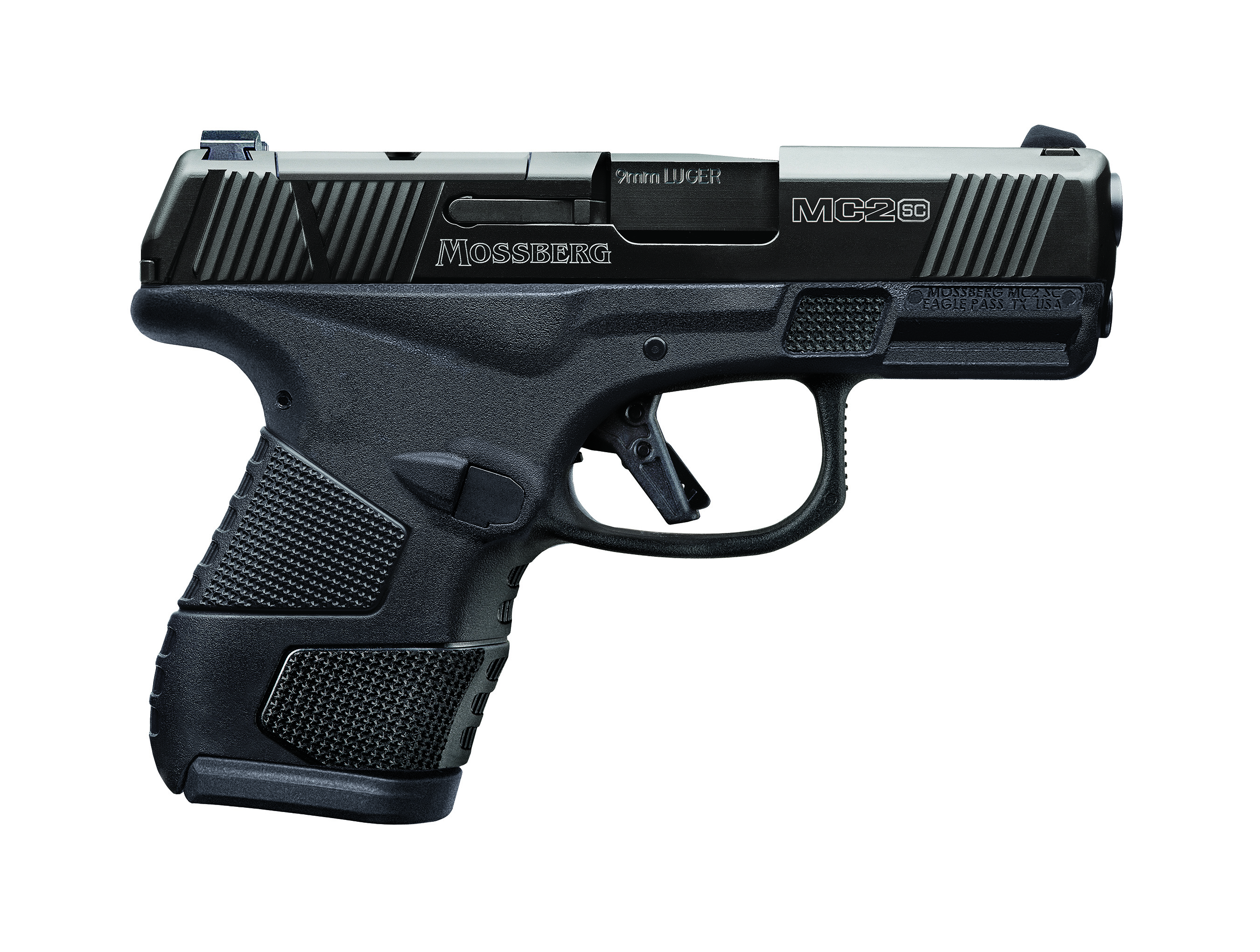 Mossberg has expanded its popular MC2 lineup with a new micro-compact 9mm: the MC2sc. With its double-stack magazines, the compact-profile MC2sc offers increased capacity but is comfortably sized for concealed carry with an overall length of 6.25 inches, height of 4.30 inches and slim 1.10-inch width. The MC2sc also features an optics-ready slide for ease of mounting micro red-dot sights. Available in two frame variants (standard and cross-bolt safety) and with optional TRUGLO® Tritium Pro™ Night sights, each MC2sc comes equipped with both an 11-round flush and 14-round extended magazines.

Constructed of glass-reinforced polymer, MC2sc frames feature high tensile strength and stiffness combined with impact and chemical resistance. The slides are 416 stainless steel and feature a black DLC (Diamond-Like Coating). For positive manipulation, the slides have angled front and rear serrations and integrated into the slide is a removable plate which allows for direct mounting of optics (Shield RSMC footprint). And unlike competitive products, the user is not required to pull the trigger to disassemble the MC2sc for routine cleaning or maintenance with Mossberg’s revolutionary STS™ (Safe Takedown System). 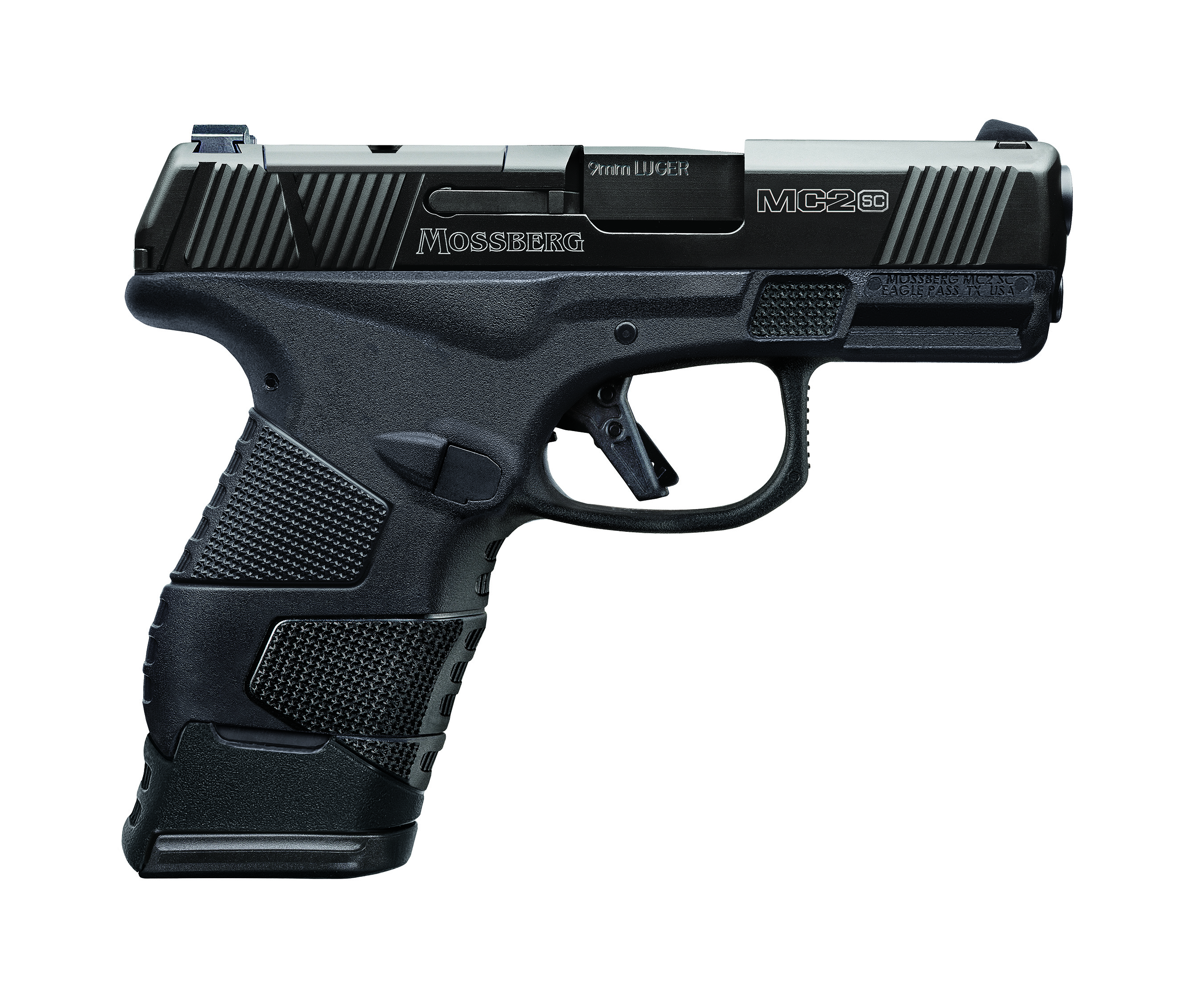 The MC2sc flush 11-round and an extended 14-round double-stack magazines are constructed of coated steel, which offer low friction and superior wear-resistance. The magazines also feature easy-to-remove floorplates for ease of cleaning and high-visibility followers.

For more information on the complete line of Mossberg handguns, please visit www.mossberg.com.